Success of a Music Scholar

Harrow Bangkok Music Scholar and weekly boarder Pun has been offered a full scholarship at the National University of Singapore (NUS). Playing the piano since he was four, Pun has taken part in competitions worldwide getting second prize in the International Beethoven Piano Competition.

Pun joined Harrow Bangkok as a Music Scholar in Year 10. He also became a weekly boarder; even though his family live in Bangkok, he preferred to use the time he would spend commuting doing his homework and practising his music.

Pun has been playing the piano since he was four and has taken part in competitions worldwide getting the second prize in the International Beethoven Piano Competition. However, he met his new instrument, the French horn, during his music scholarship at Harrow Bangkok. Learning to play the French horn gave him a different experience of playing more for the audience. It also helped him with time management and made him stand out at the university interview. 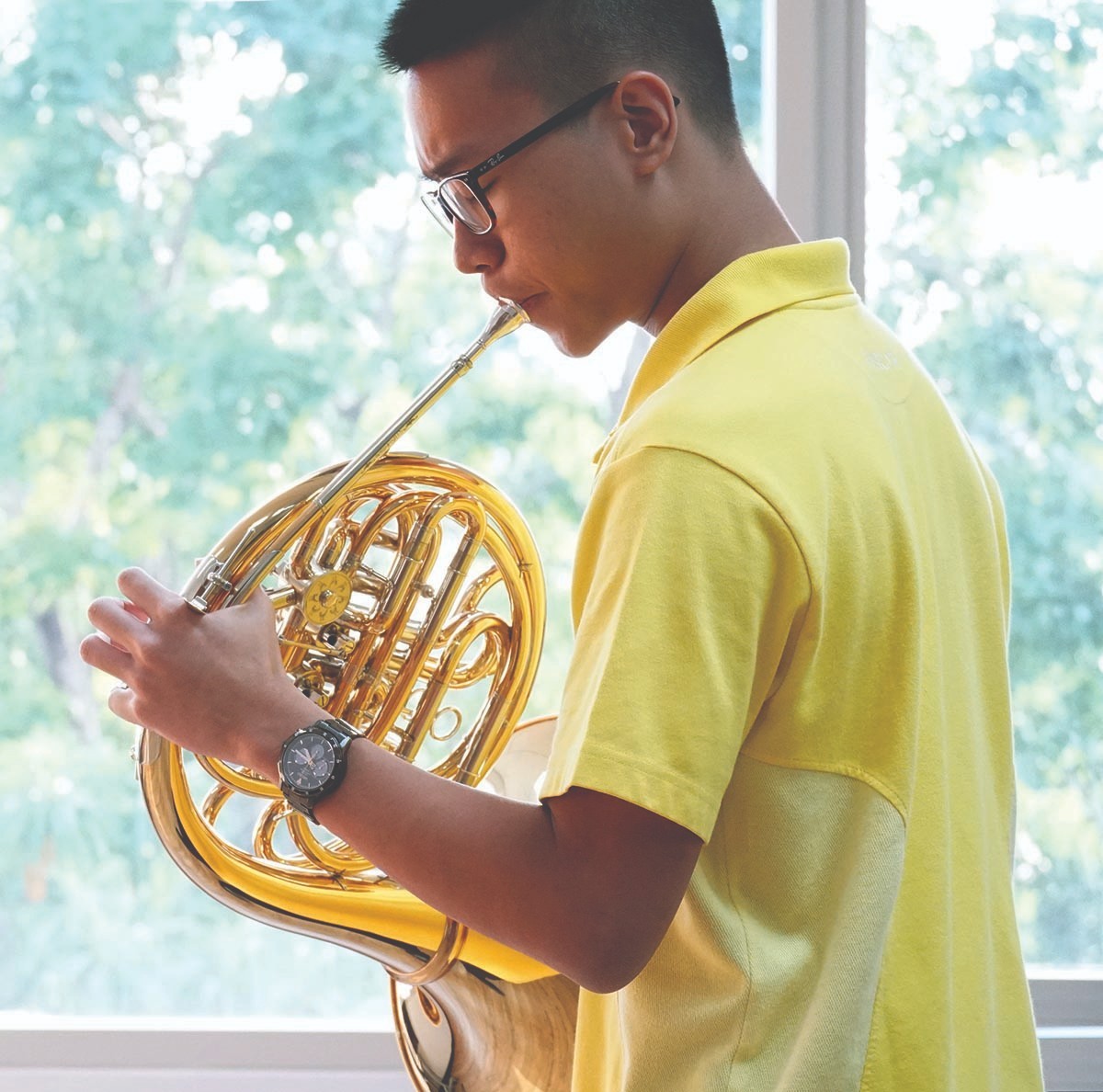 Pun has benefited from the world-class facilities and the supportive staff in the new Creative and Performing Arts Centre. “It’s kind of like you’ve got a personal trainer,” he said about the teaching. Pun also mentioned how boarding helped him to develop his self-discipline and “it sounds very cheesy to say this but you actually kind of feel like [you’re at] home,” he comments. Being surrounded by other students who share his passion for music was another welcome advantage.

Now Pun is looking forward to the next chapter of his education – he’s been offered a full scholarship at Yong Siew Toh Conservatory of Music at the National University of Singapore. It’s a highly regarded university, ranked 23rd in the world according to Times Higher Education.

We are very proud of Pun’s success and wholeheartedly agree with our Director of Music in that; “Pun is a major musical talent to look out for, and there is a shining future waiting for him”.

For more information about scholarships at Harrow Bangkok please visit our scholarships page, or email admissions@harrowschool.ac.th.