Multimedia artist Jirasiri Techalapanarasme and her aspiring business professional sister Teshinee are proud to be Harrow International School Bangkok alumni. Today they perform nascent roles in the play of life and as they make their way on the world’s stage they reveal that their drive to succeed owes much to their time at their alma mater.

Known as Numhom, Singapore-based 23-year-old Jirasiri Techalapanarasme—a strategist at human-centred data science and brand consultancy firm Synthesis— and her younger sister, 22-year-old Teshinee or Numtip—who is also based in Singapore where she works as an investment banking analyst with Barclays Bank—graduated from Harrow Bangkok in 2015 and 2016 respectively. Having each spent a decade at the prestigious school the sisters are adamant that the excellent education they received and the holistic environment in which it took place have been integral in shaping them into the confident, ambitious young women they are today.

“I think the experiences that really shaped me as a person are the school drama productions I took part in,” says Numhom. “It probably comes as no surprise to anyone who knew me in school, but the artistic side of my education at Harrow Bangkok really inspired me. At university I co-wrote and acted in a short award-winning play called Flamingoes, was nominated for best actress at Singapore’s National Youth Film Awards 2019 and wrote and produced a videogame for my final year project. She adds that her love of English literature at school prepped her well, helping to develop her analysis and critical thinking skills. “I went on to study liberal arts at Yale-NUS College in Singapore and benefitted a lot from my background in English literature. The work I do now as a strategist at Synthesis draws on my abilities to observe and distil relevant cultural insights to humanise data-driven research. I had the chance to hone these skills taking anthropology modules at Yale-NUS, but they stem from reading and critiquing The Great Gatsby at school through the lens of queer theory and writing about feminist reinterpretations of fairy tales in A-level English literature. 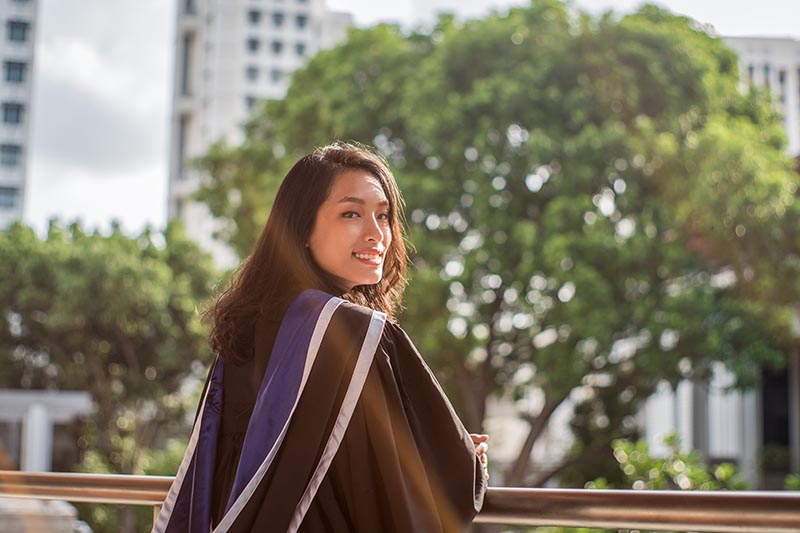 Recalling the enjoyment of singing with the Harrow Bangkok Jazz Band, Numhom remembers that opportunities for learning and fun were always around the corner. “Since I left the school a fantastically equipped, beautiful new arts facility has been built. I’m not jealous at all, really!” she laughs, then adds wistfully,

I didn’t realise how much I would miss Harrow Bangkok’s creative milieu—the school productions, the spoken word lunch sessions organised by Nat Siriviriyakul and the student jam sessions set up by Edward Marshall and his friends. I really enjoyed these extra-curricular activities and am very glad of the time I spent on them.”

For Numtip the Harrow Bangkok experience opened her eyes to the worlds of business and philanthropy and how the former can be used to enhance the latter. Prior to studying for a degree in economics at Cambridge University, the former deputy head girl organised fundraising activities for a number of causes including Habitat for Humanity and discussed policies to address real world problems in the Model United Nations. She was also involved in Bagtastiq, an award-winning student-led entrepreneurial initiative that tackled the social and environmental issue of waste in Thailand by recycling single-use banners to create unique and fashionable bags. Numtip went on to lead Clare College’s student investment fund at Cambridge, where she invested the college endowment in global equities and focused on stocks that satisfy good environmental, social and governance criteria to create a positive and sustainable impact on the business world.

(left) Teshinee is an investment banking analyst with Barclays Bank; (bottom left) Jirasiri is a strategist at human-centred data science and brand consultancy firm Synthesis; (bottom below) the sisters graduated from Harrow Bangkok in 2016 and 2015 respectively

“Harrow Bangkok offers excellent academic teaching but my biggest takeaway goes beyond this. The countless opportunities to develop our interests outside the classroom through extra-curricular activities, expeditions and community service that the school offers, have helped shape me and my values as a person,”

Also an academic leadership team director while at school, Numtip is in no doubt that Harrow Bangkok gave her and her peers a head start in life. “I look across my year group and I see the diversity in our pursuits, from academia to entrepreneurship, and I think it is empowering to see us define success on our own terms.”

She adds, “I think continuity in our learning experience at Harrow Bangkok was useful for our personal development, that and a strong sense of belonging within the school community. I’m very proud to look back and see how our student-led initiatives have continued and how the current students and staff have enabled them to flourish.”

This article was published in Thailand Tatler Society 2020.