A celebration of Reading 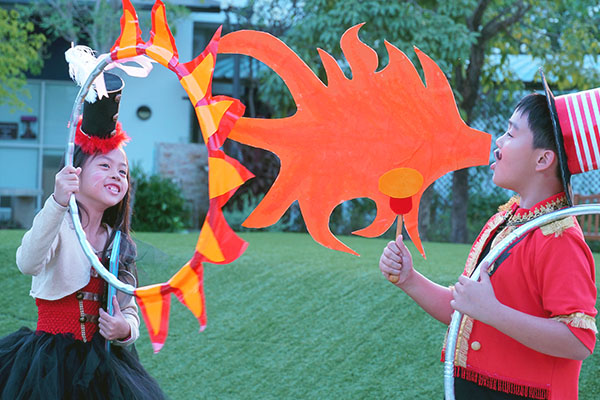 A celebration of Reading
Alex Costa and Jo Jefferis

‘A book is a magical thing that lets you travel to far-away places without ever having to leave your chair.’ - Katrina Mayer

Book Week was celebrated across campus with story characters who appeared to have escaped the pages of the books in the EYC, a magical BIG read in Pre Prep with over 500 students and staff, and several events in the Upper School, including ‘share a story’ campaign and teacher ‘shelfies’.

Book Week is always a special event in Lower School and this year was no exception. We were lucky enough to have two amazing guest authors– Oliver Phommavanh and Gail Clarke! Students from Toddlers to Year 3 were entertained by Gail’s animal stories and her naughty puppets! Whilst Year 4 and 5 were inspired by Oliver’s writing workshops and stories of how he became an author.

Oliver also entertained and inspired all the Prep Phase and the Year 9 students over three days of action-packed presentations and creative writing workshops. He was astonishingly funny and was able to engage every student in his creative writing workshops that truly ignited and inspired all with his strategies to capture ideas to develop as writers. He even enthused many of the teachers with his vivid imagination.

Oliver will be remembered well by Harrow Bangkok for his high-octane performances and his ability to motivate and encourage the inner writer within us all.

Our termly book fair provided students with the opportunity to purchase ‘recommended reads’ from the Centre for Literacy in Primary Education (CLPE) core text lists and indulge themselves in their favourite book characters and topics. The ownership of high-quality texts is proven to have a significant impact on the reading attainment of children and is something that the Lower School strongly advocates.

The importance of reading to your child in the older year groups is also important, something that the national UK news reported on recently, where research has established a strong link between children that are still being read to in their teenage years and high levels of reading attainment.

Out of 126 submissions from 21 countries, Rena from Year 13 won the First Prize (High School Category) in the Exploring Youth Identities Competition, which was organised by The Union International, Thailand’s first interscholastic student-run newspaper.