We are extremely proud of our Class of 2020 with over 400 offers from selective universities from around the world, including 93 from the top 50 universities.

Congratulations on your offers to Oxbridge and Ivy League Universities. These world-class university offers are a reflection of your balance of academic high achievement with leadership and extracurricular strengths and passions." 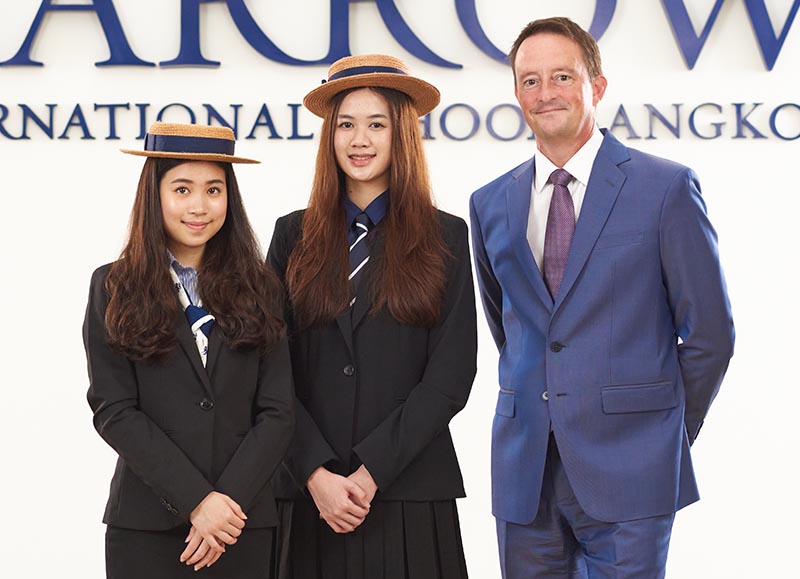 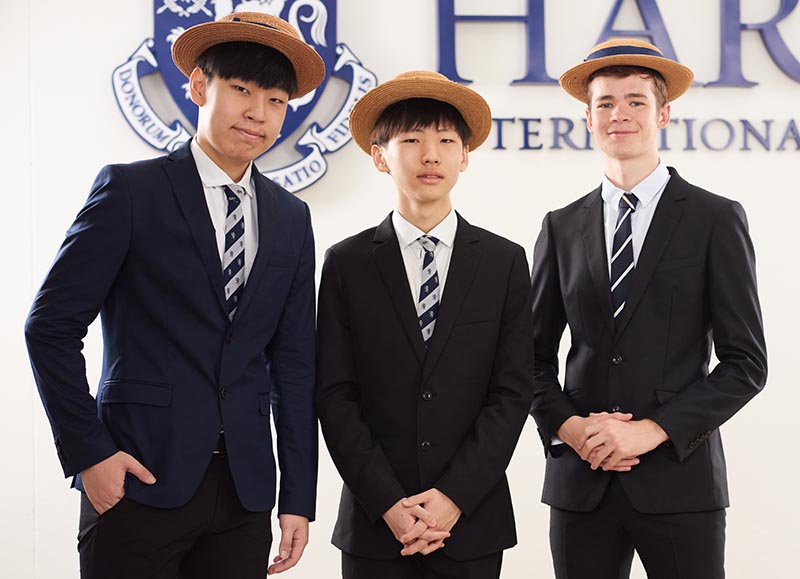 Jaehwan, Brian and Finn have offers from Cambridge and Oxford

Our Sixth Formers are extremely well supported, especially in boarding. Academically they flourish through excellent teaching and personalized individual university mentoring backed up with exceptional pastoral guidance and support. The extra and super curriculum provide opportunities to broaden students’ skillsets as success in life is not measured by grades alone. Our graduates possess the skills and qualities to make a difference in the world whilst also enjoying personal fulfilment. Last year 98% of students went on to top universities in the world, more than one third to UK Russell Group universities." 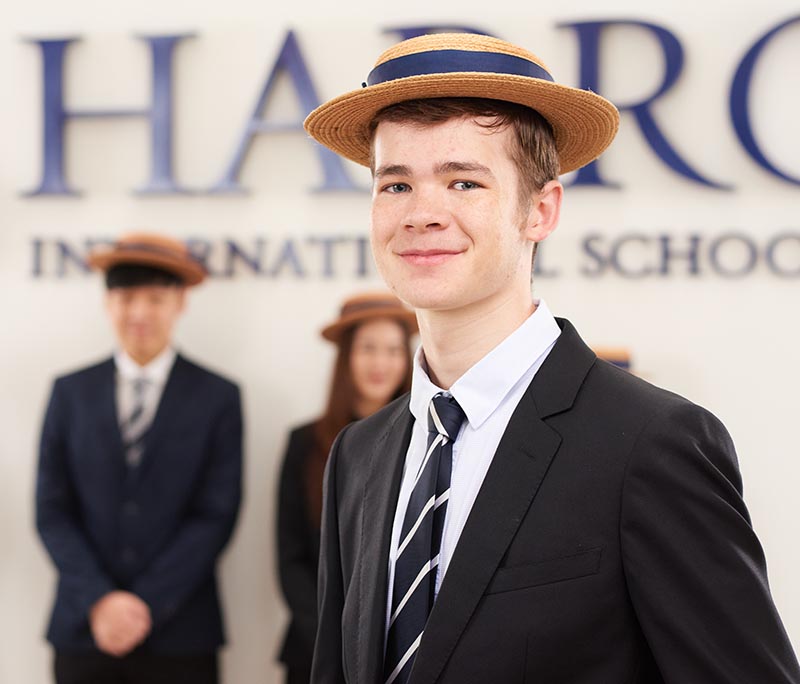 Head Boy, Finn, has an offer from the University of Oxford (Mansfield College) to read Human Sciences

Finn has been a Harrow Bangkok student since Reception. He has held a number of leadership positions in his school career: from being a part of the Sixth Form Committee last year, House Captain in the same year, to his current position as Head Boy. Finn has been a fervent pioneer of our Model United Nations club over the years, revelling at the opportunity to discuss world issues, whilst also taking on the role of Secretary-General at numerous conferences hosted at Harrow Bangkok. Taking his team to victory this year at the SEASAC Varsity Volleyball competition, Finn is a keen team player and readily volunteers for House events from chess to football, boy band to touch rugby. Finn recently achieved an A* in his Extended Project Qualification where he demonstrated strong critical thinking skills in discussing his multidisciplinary essay title. Human Sciences is consequently the ideal degree to complement his A level choices of Maths, Biology, Geography and History and give him a strong academic foundation to pursue Human Rights Law in the future.

Bambi enrolled at Harrow Bangkok at the age of 3. She has consistently maintained a strong academic profile and has balanced this with a wide range of extracurricular activities. Bambi is a highly talented singer. She has sung with the jazz band at school events for many years and was regularly lead singer in student bands at the school’s Benefit Bash concerts. Bambi has developed social enterprises: she introduced her own brand of lip balm and has initiated community projects in the north of Thailand. In leadership, Bambi was a key member of the Junior Achievement enterprise in Year 11, attended the Harrow on the Hill Fifth Form Conference, was Deputy House Captain last year and a member of the Sixth Form Prom Committee. This year she’s a Senior Prefect and co-chairs the Student Academic Leadership Team. Bambi is ideally suited to UPenn; she studies a broad range of A Levels - Maths, Biology, Economics and Geography - and this combination of humanities and science courses will suit her choice of liberal arts education in the US. 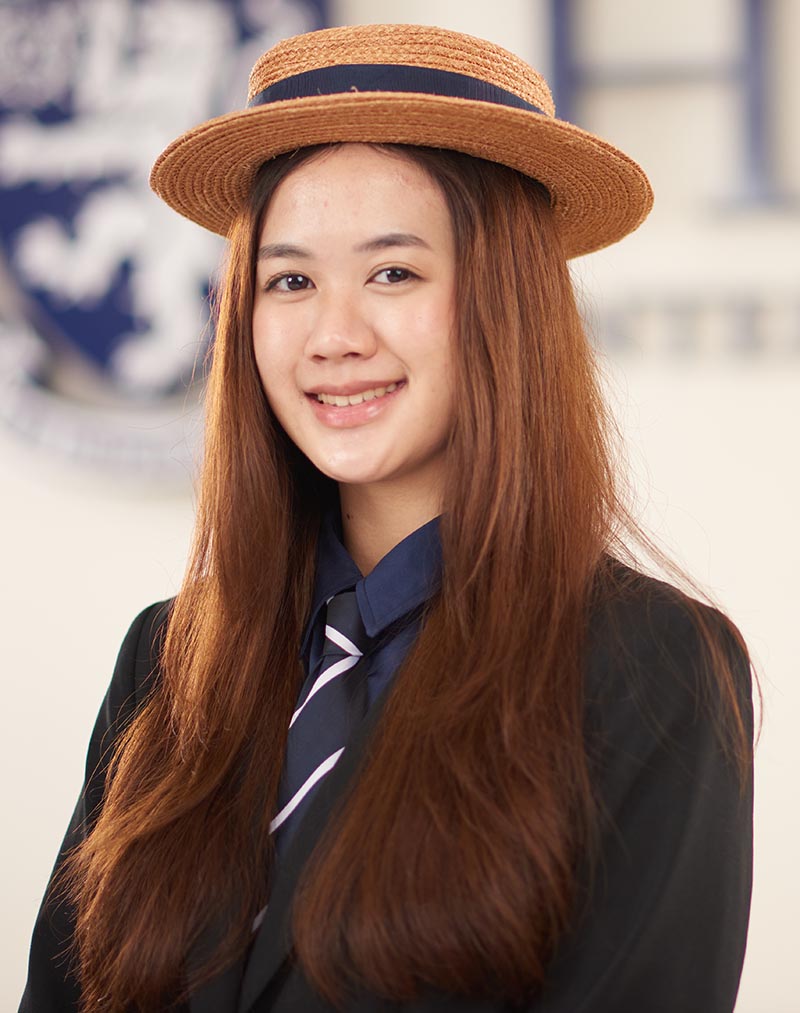 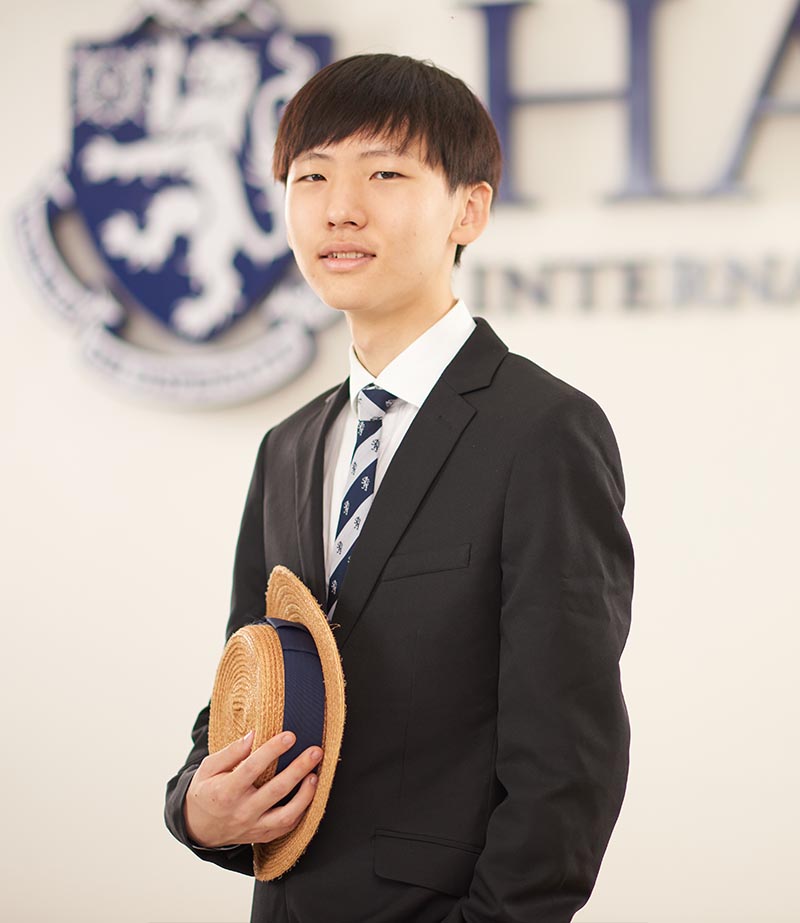 Brian joined Harrow Bangkok, as a full boarder, in Year 9. He has balanced a love of Maths with an equal love of Economics and History. Brian has been involved in debating with Model United Nations and is a fervent supporter of Sonakul House and House events. Brian recently gained an A* in his Extended Project Qualification (EPQ) by demonstrating strong presentation skills and high-quality academic writing.

Jaehwan has been at Harrow Bangkok since Year 12 and this is his first school taught in English. A full boarder, Jaehwan has a passion for behavioural Economics and Mathematics and proudly represents Churchill House in school events. 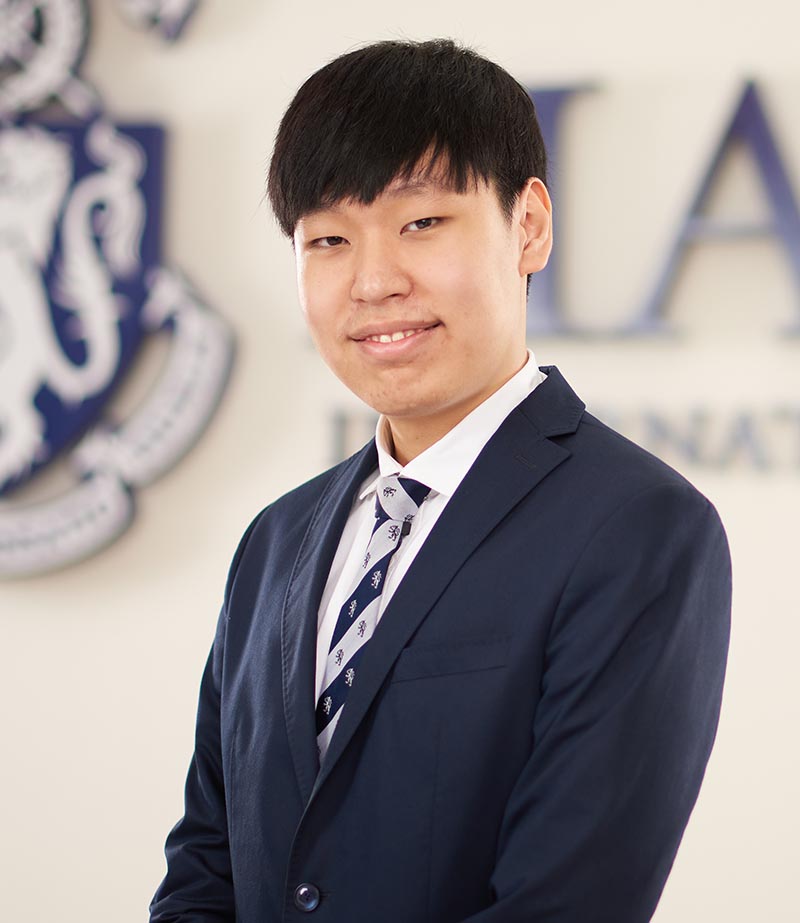 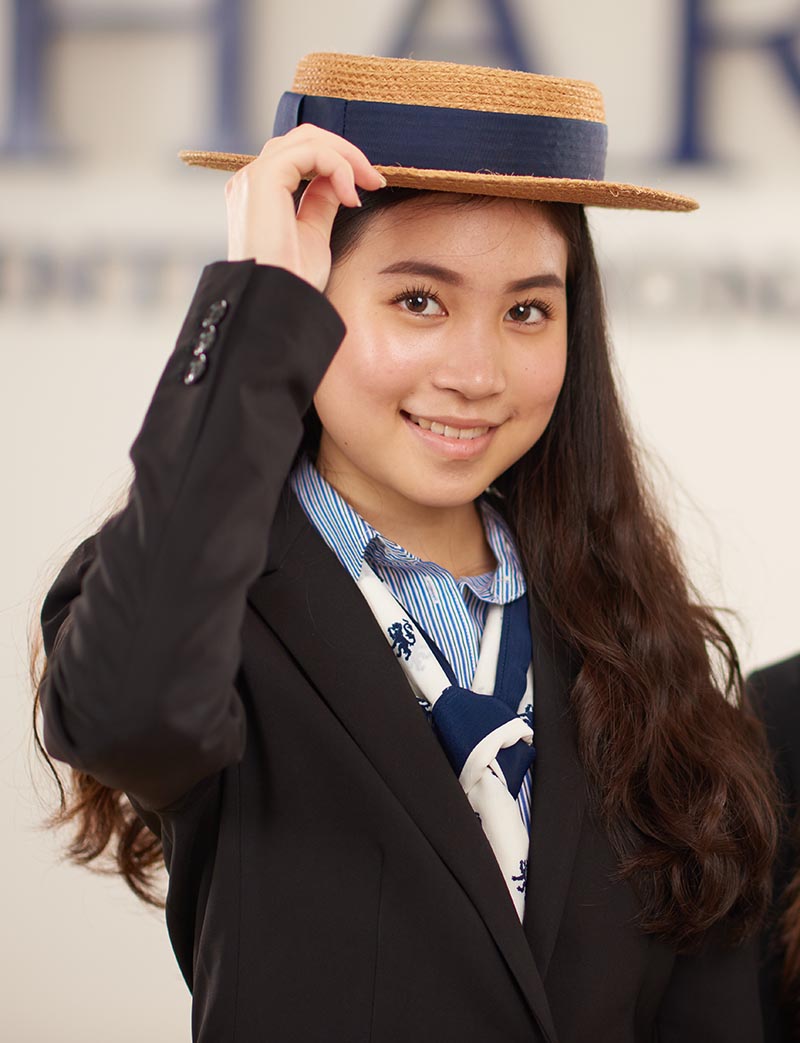 Prance has an offer from Cornell University to read Business

Prance joined Harrow Bangkok in Year 1. Throughout her school life, she has balanced strong academic success with always being at the forefront of leadership. She currently serves as Deputy Head Girl and Chair of the Sixth Form Committee. Entering Sixth Form as Suriyothai House Captain, Prance also attended the Fifth Form Conference at Harrow London in June 2018. Prance has long been a keen economist, attending a Summer Entrepreneurship programme at MIT (Massachusetts Institute of Technology) between Years 11 and 12, where she launched a start-up business and in Year 11 was part of the Junior Achievement enterprise. Prance’s entrepreneurial talents will be ideally suited to the Dyson School of AEM at Cornell University.