Success lies not only in the academics, but also in the countless fascinating hobbies that our students hold. Ryu, a Year 11 student at Harrow Bangkok, is a chess-playing extraordinaire!

Ryu was selected by the Thailand Chess Association (TCA) to represent Thailand in the 43rd World Chess Olympiad 2018! The competition was held in Batumi, Georgia, during 23rd September - 7th October 2018. As the youngest player, and the only junior to qualify for the Olympiad team, Ryu experienced the challenge of a lifetime, competing with over 350 teams from 189 nations, and over 1600 players.

"It was my dream when I first started playing chess to qualify for the World Olympiad chess team, to wear the Thai flag next to my chest with pride of representing my country," Ryu said.

Last December Ryu also served as the captain of the Thailand team for the Youth U-16 Olympiad in India where 30 teams from more than 25 nations participated. With the amount of teams and players competing in Georgia this year, this makes this Olympiad the biggest team tournament on the planet! 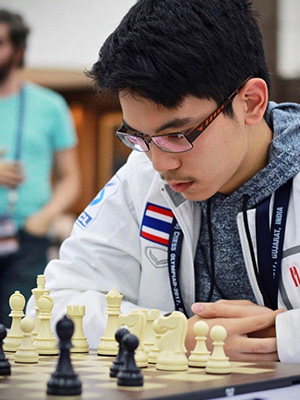